Watch a chapter reading by Roger below:

Roger Lam thought he was done with writing after pouring 46 years’ worth of his life lessons into his first book, Lost and Found: Money vs. Riches.

That was almost certainly the case until multimedia messages from God led him to liquidate his entire equity portfolio in early February 2018, followed by an unbelievably supernatural confirmation the following morning.

Immediately, deep in Roger Lam’s heart he knew this was a story that had to be told for the glory of God, but little did he know that this dramatic conclusion to his pledge for church premises pales in comparison to what God had planned ahead for him in the rest of 2018.

Lose to Find: Change of Control reads like a Christ follower’s diary of wrestling with surrender. Despite constantly feeling like the most unlikely spokesperson and champion for stewardship and generosity, it became clear to Roger Lam that God was not satisfied to leave the other areas of his life besides money remaining in his control--his vocation, safety and purpose.

Continuing in the same authenticity and conversational tone for which readers around the world have shown appreciation in his first book, Roger Lam humorously shares his continued God-ordained spiritual transformation, going beyond the area of money which (he thought) he had already mastered. 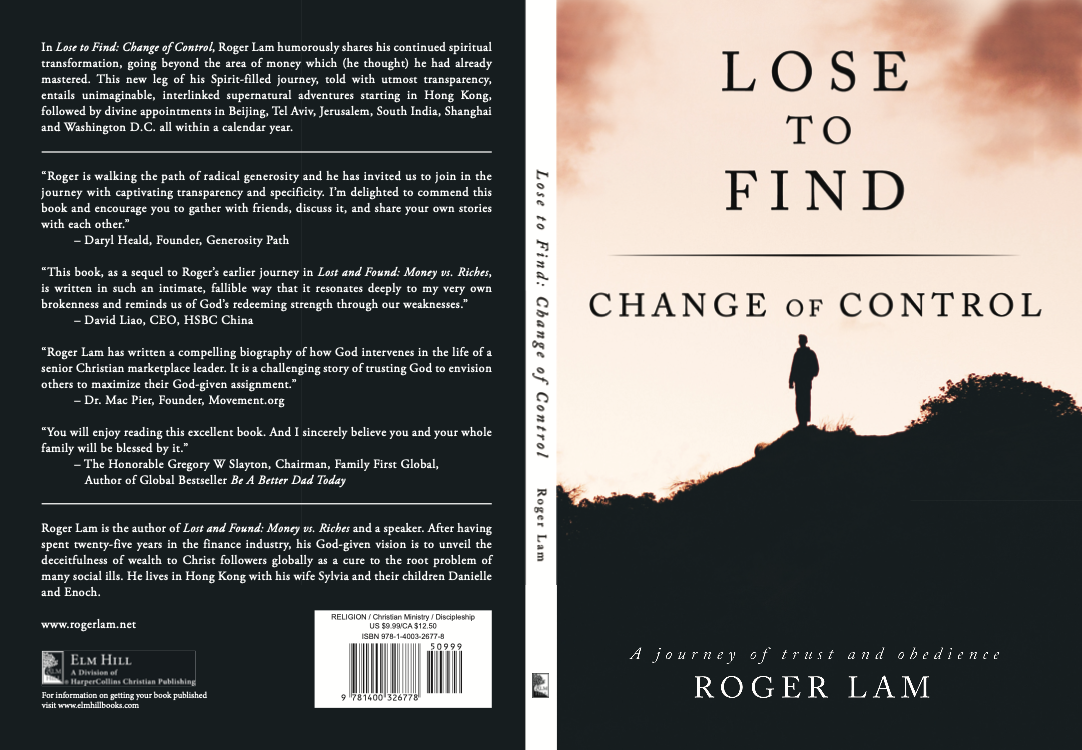 “Living life in the 'new normal' ”

“Throughout the book, I felt as if Roger was sitting across the table conversing over a coffee rather than talking down from some lofty pedestal. Roger is a deeply religious man but without a hint of the noxious religiosity that has turned so many away from faith."

"An excellent and gripping book. In this sequel, Roger shared further personal stories, once again with utmost authenticity and transparency. What would you do if you have the privilege to hear God clearly? Roger has chosen a path to let go; and to trust and obey God instead. His courage, faithfulness and servant leadership is a role model for all of us to follow.

“This book shows that God speaks to us quietly, but more forcefully than instinct, to lead us in uncertain situations especially when one is seeking the Kingdom of God. Roger also helps us to "Be Still" in the midst of uncertainty as Jesus will lead the way and helps us to discover an alternative God's world of wonderment with a different economy and metrics. We also learn that even in the midst of financial uncertainty, God teaches us to tithe and be part of God's plan for redemption of the broken world."

DISCOVER THE WISDOM OF GIVING

"It is heavier than the first one Lost and Found, but there is a certain excitement when this book lets you discover deeper what God can do in a person’s life in relation to the issue of money." - Carl Gouw

" Mr. Lam provided GREAT insight into what it means to lay down one's life for a greater call in serving God" - SeekingTheLight

"I've read the book in one go! Thanks Roger for the authentic sharing. Truth and true encounter are uplifting"  - Pearl K 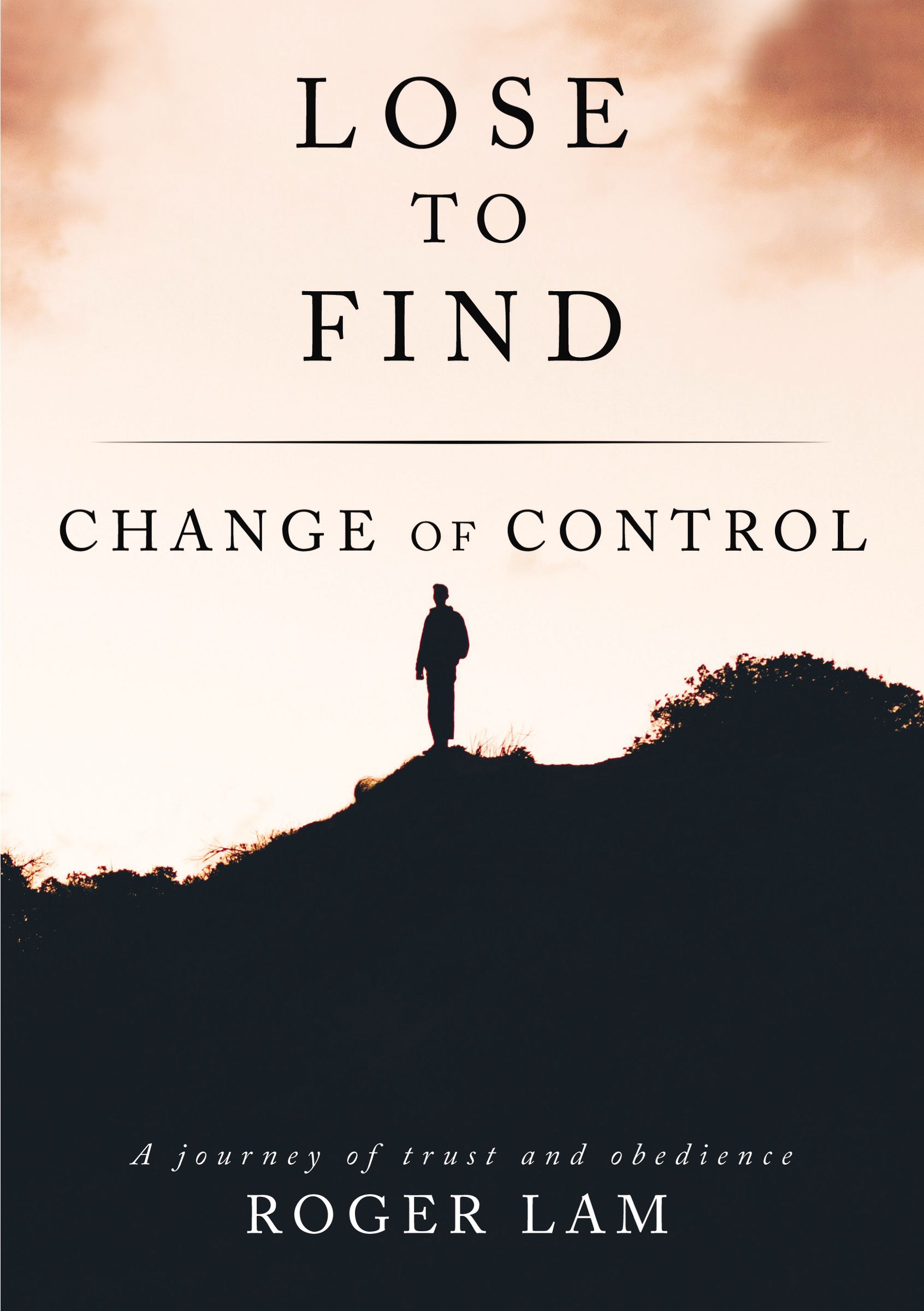 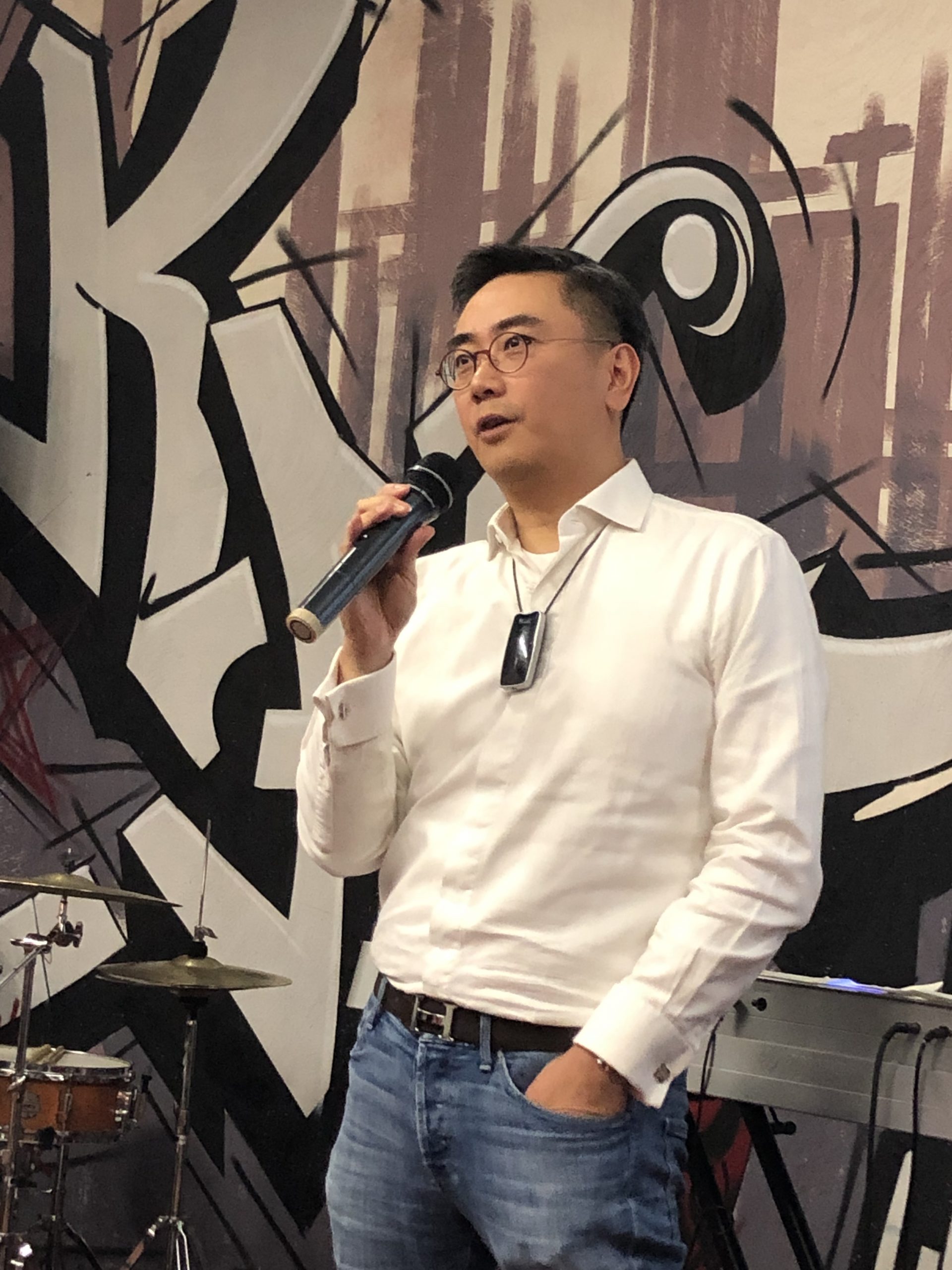